A historic landmark of Shimla and a legacy left behind by the Britisher’s, but no matter how many times you visit this architectural marvel you would want to go back again and enjoy its serene environment and immaculate ambiance. Rich in history and with is Victorian edifice, Viceregal Lodge, now famously known as the Indian Institute Advanced Studies (IIAS) was completed in 1888 by Henry Irwin its architect. Lord Dufferin, Viceroy of India during that time personally supervised the construction and the furniture was fitted by Maple & Co., London who perfected in Victorian period. It is also noted that the architectural style drew inspiration from English Renaissance and certain elements of Scottish castles can also be seen here. 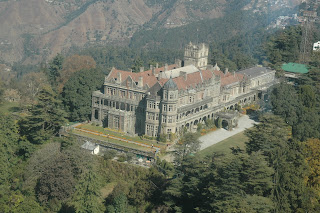 In the words of Lady Duffering who recounted her stay on July 15, 1988, “The result of the whole was to make me feel that it is a great pity that we shall have so short a time to live in a house surrounded by such magnificent views”.
Set within the large wooded estate of the Observatory Hill, (one of the seven hills Shimla is built on) IIAS became the Rastrapati Niwas after Independence which was then officially handed over to the Institute by President S Radhakrishnan on October 20, 1965. This place also has historical significance as the 1945 Shima Conference was hosted by the 19th Viceroy of India, Viscount Archibald Wavell, which was attended by major political leaders including Pandit Jawarharlal Nehru, Sardar Patel, Maulana Azad, Liaqat Ali Khan, Master Tara Singh and Mohammed Ali Jinnah. 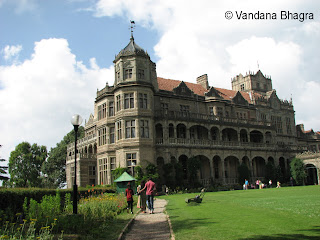 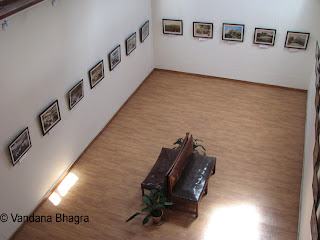 Notable recent changes that have taken place are the Court Gallery which was once a Squash Court and the Pool Theatre which was a Swimming Pool. The Court Gallery consists of rare collection photographs of the Institute dating since 1888, which were procured from the Bowood Estate, Western Part of United Kingdom and the British Library, London in 2010. Verma added, “With help from the Middlesex University, we were able to get these photographs. The swimming pool built in 1888 is now a plush theatre where movies are featured for resident scholars and the Institute’s students. Conferences, meetings and conventions too are held here from time to time. Efforts are being made to open more and more areas for the tourists while at the same time maintaining the sanctity of the place”. 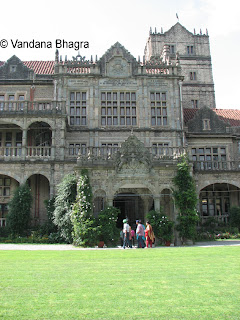 Guided tours started in 1992, initially there were no charges but after seeing the growing number of tourists nominal charges were taken as part of the maintenance cost. The guide would at lengths explain the history of the Institute and its passing owners. The elaborate wood work, the paneling and pilaster, usages of teak, deodar and walnut woods and impressive carvings are works of marvel. Gitesh Arora and family from New Delhi were ecstatic about their visit and went on and on about the beauty of the building and its architecture. Gitesh said, “The landscaping and the design of the building is very beautiful, but the guided tours are quite dissatisfying. The groups are so large that it is difficult to understand what the guide is saying and the rushed walk around is a little disappointing”. Justifying this Verma added, “Since last year the number of tourist has increased two-fold and weekend rush is huge hence the tour timings are decreased to 25 minutes from a 45 minute tour. This is something which we cannot control as the growing number of tourists needs to be accommodated and this is the only way we can do so. Weekdays are much more relaxed”. Purnima from Mumbai says, “The elements of Victorian architecture are just incredible and a walk around the Institute is equally charming and extravagant. The manicured lawns, the beautiful garden and all around greenery is breathtaking”. 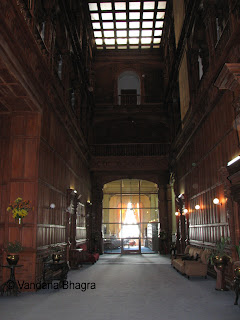 As you walk towards the main entrance, you can see the huge landscaped lawns on to your left and the gravel stone walkway reminds you of the era gone by. Once inside you are greeted with a huge iron-wrought chandelier and immaculate woodwork, a reminder of the elegance, sophistication and grace which the Britisher’s embraced while staying here. Only two rooms are open for the tourists and the insides of the Library can be seen from the huge glass door, the upper floors are off-limits as these are now reserved for the visiting professors and the Director of the Institute. One of these rooms has the round table and chairs that were used during the Simla Conference and another amazing thing about this room is that its roof was built with walnut tree wood which dates almost 125 years now. 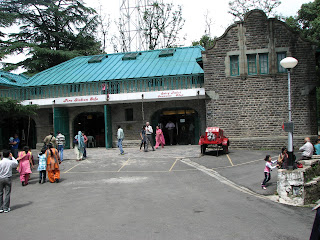 The main attraction of the Institute is its Library which was opened in 1965, with exclusive access to members only. Prem Chand, Librarian, who took reins in February 2009 says, “You will find hardcore books on every subject as there are more than 1,30,000 books, around 6000 journals and private compilations of eminent scholars, which constitutes a unique collection and the finest resources not only in India but all over the world. The library obtained rare Sanskrit, Arabic as well as Persian texts and manuscripts. Despite coming from a different background as my work was more about connectivity of all Indian libraries to make a huge pool of resources as well create a database of e-resources, I am using this experience to create something similar at this Library”. He added, “We have done away with the cards system as each book has now been assigned a bar code as it is very easy to track books now. Usage has become very easy and certain norms for usage of the Library have also been relaxed. Apart from the regular 40 scholars who are internal members, 20 professors who come every month from different parts of India for a month, there are another 80 members from outside the Institute such as government employees, teachers or research students who can have access to these vast resources”. The section on rare books and archives is phenomenal but any documents pertaining to Lord Mountbatten and Mahatma Gandhi were taken by the Britishers when they left. The collection includes books on philosophy, religion, fine arts, sociolinguistics, psycholinguistics, socio-economic planning and development, social and cultural anthropology, ancient and mediaeval Indian history and culture, modern Indian history, and Third World economics, which are considered as stupendous. The electronic system introduced is gaining popularity and with access to more than 8,000 journals which were purchased from Cambridge, Oxford and other Universities helps students in research as per se the Institute can subscribe to only about 250 journals. 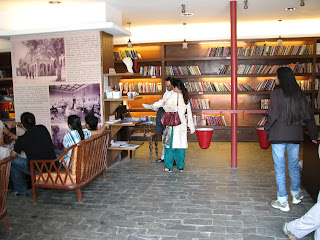 Dr M Pathak, Associate Professor from the National Defense Academy, Pune, on a one month visit to the Institute says, “I am here under the IUGC programme to present a paper on ‘Transnational Terrorism in Kashmir’, and there are nearly 20 other professors visiting from all over India from different universities. This is a unique Institute with amazing library resources, best hospitality and great people. The collection of rare books is the best I have seen and few particular books written on Kashmir were found here only. Even though this is my second trip, still every time it is quite refreshing and enlightening when I come here”. 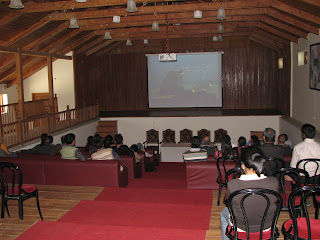 Anyone who has seen the Institute’s magnificent aura and charm definitely takes back few good memories. Those visiting can witness the phases of Indian history, coming and going of Viceroys, political documentations and the visiting professors and scholars who will foretell the magnitude of this Institution and what it means to them.
Come with an open mind to fill your senses with fresh impressions of this Institute and the legacy that the British royalty left us with, which has become a statement of pride for us, Shimlaites. 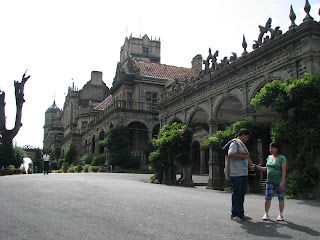 Quality and Service are the guiding principles that help us serve our customers and provide them with every comfort available, hence ma... 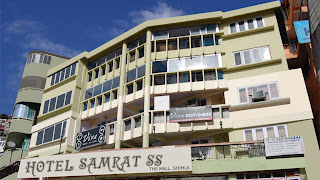 Hotel Samrat SS / Viva Restaurant & Bar
Shimla, Himachal Pradesh, India
Quality and Service are the guiding principles that help us serve our customers and provide them with every comfort available, hence making your stay a pleasant experience. Rooms have AC/Central heating and provide the guest with an experience that is pleasure-seeking and wonderful. We are located in the heart of the City, right opposite Himachal Tourism Lift on the Mall Road. Proximity to the local market, eateries, local sights are an added advantage.